Before i begin my thoughts:
This might be intentionally not implemented, so just stop me if this is/was never supposed to be.

The ability to see an entire remote instance’s “local timeline” by configuring an instance to subscribe to another instance.

This thought came out of interest in other instance’s communities that you only see a glimpse of due to federation only pulling in posts from people you interact with.
Now, there might be lots of more similar minded people on a remote instance that you don’t ever get to see.
I sometimes visit other instance’s websites only to find out there’s a good handful of people that are posting interesting stuff, that isn’t being pulled by my server due to the restriction above.
I might not want to request follows right away due to no prior interaction but connecting communities like explained below might help finding people to interact with even when you are not signed up to a certain instance.

Of course this would need transparency, if the admin so decides, so users can know what other instances have access to the posts, etc etc.

Let me know if this is outright not intended as local timelines are kind of the point of… local timelines…
Would love to get some input from other users/admins on whether this could help bring communities/instances together.

you can follow any other (pler|akk)oma instance via the relay url https://fedidomain.example/relay , and you’ll get any public posts made from the instance

Oooh!
Yes, this at least goes in the right direction, I’ll check out relays just after this.

You said, relays publish all public posts on a remote instance?
My intention was to be able to publish/subscribe to “unlisted” posts of a remote instance, as long as the admins of the two instances engaging in my described behaviour agree on it.
Does that sound unintentional? Or is it that we never thought about this kind of connection between instances?

oh, when i say “public” i mean “addressed to the public”, which unlisted posts are!

Hmm interesting!
The tooltip does not suggest this, oddly enough…

I’ll keep an eye out if i can find new posts from the instances I’d usually not see, thanks!
If it works as you describe, I’ll close this post in a few days.

so both public and unlisted are “public” so to say - they can both be fetched by unauthenticated users etc etc, they both get addressed to the AP “public” collection

what mastoAPI (and hence pleroma-fe) calls “unlisted” is actually “it’s ‘public’ but we won’t show it on timelines” - the difference being that you’ll see a public status on your home timeline, but you’ll have to either follow the user or view their profile to get unlisted on there - the statuses will still be there on your instance, they’ll have federated, they’re just not returned as part of the timeline call

Ok that’s reasonable.
So unlisted posts are out of the scope of my intention regardless.

But is there any way to have instance a.b.c’s public posts show up in the “public timeline” (pleroma-fe) (or a different/new timeline) of instance x.y.z?
Admins could select an opiniated set of instances that you want your users to discover/interact with in immediate vicinity?
Edit: Sort of like fediring

That is not what relays achieve, if i understand correctly.

oh, actually yes the api can already handle this

relays get the federation to work, but if you want frontend binding it’ll use this parameter - not sure how much work it’d be to make the frontend allow it

So you’d need a binding to join the instance’s public timeline and those remote timelines assorted by the admins together and display as an item in FE, correct?

could do that, or seperate into different timelines per remote instance

depends how often people even use the public timeline honestly, and if people would ever use this, idk

ok then, here’s a proposal for you

wherein local bubble is an admin-configured set of domains, which when viewed, displays essentially twkn filtered to those domains

so no inter-instance configuration needed, just a FE display option 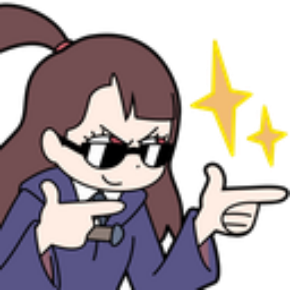 add endpoint - `GET /api/v1/timelines/bubble` which functions precisely like a public timeline but filters to `config :pleroma, :instance, :bubble_instances` _this endpoint should require the `read` scope_ - add above config key - check on boot...

this is the first step of the "local bubble" keikaku to make onboarding nicer add a new timeline to the dropdown, "local bubble" local bubble should start a poll for `/api/v1/timelines/bubble` in the same way as all the others ref:...